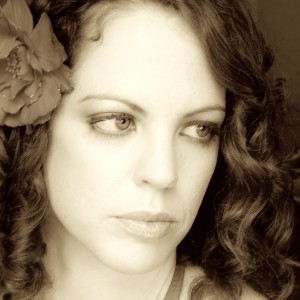 Hello, and welcome to my site! I am a multidisciplinary aerial acrobat and circus performer.

My journey to becoming a professional aerial performer and teacher started after moving to the UK from Spain, where I grew up. It was not until I saw a breathtaking aerial show in 2004 that I knew I wanted to become an aerialist. Shortly after realising I wanted to pursue a career in circus, I joined a 2 year professional full time course in aerial acrobatics in Bristol, specialising in silks, corde lisse and aerial hoop. Straight out of circus school I landed my first ever performing job, a year contract with a traditional circus company in North India, that was both challenging and fascinating. I have never looked back.

In 2012 I went back to India to work at Kingdom of Dreams, the first large scale live entertainment theatre in India. The Bollywood style musical shows at KOD feature a fully automated flying system covering an area of 30m x 20m and almost 20 meters above the heads of the audience. I worked there for several months as head of aerial with the dancers involved in the aerial scenes, mainly hanger type harness and silks. The shows at Kingdom of Dreams feature a lot of heavy props flown across the auditorium in conjunction with the performers. Another big circus production I have been part of is Circus Rocks by the Generating Company, a UK touring show around seaside holiday resorts where I performed rope and was part of the aerial and dance ensembles.

I have broadened my aerial dance repertoire with No Fit State Circus in Wales, where I taught aerial classes for three years. In 2013 I flew to Australia and took private tuition to hone my dynamic aerial hoop skills at NICA, the National Institute for Circus Arts in Melbourne.

I currently perform aerial and fire shows around the UK at festivals, weddings, private events and corporate entertainment. I also have a thriving teaching practice in Bristol, where I teach weekly aerial classes to over 100 students, and often travel to deliver workshops at other circus studios across the UK.

I have done my part to "stay at home" and "keep my social distance" but physical activity has majorly been social for me. I was refreshing to take an online class with Ana. I am very experienced but admittedly back at beginner level of fitness. Ana asked me what I would like to work on and I requested a beginner flow class, and that is what I got. Challenging and fun enough to get me motivated, and I can't wait until I am ready to learn more moves from her. She has great style and puts very graceful twists on even the basic poses. She is a very encouraging person to learn from. I am appreciative of her body positivity, gentleness and patience enough to repeat as many times as I needed to understand what she was showing me. Via Zoom you can meet anywhere and that is a huge help for me. I recommend her as a teacher, if you have the space for it give a class with Ana a whirl for sure.